Creality’s Ender-3 V2 has long been one of our favorites when it comes to affordable FDM 3D printers.

Sure, it’s far from perfect. But at this lower price, it offers a decent print volume, is easy to assemble and improve, and can produce high-quality prints.Creality sets a new baseline for budget 3D printing. It’s the same old Ender-3 3D Printer experience, improved with current hardware that includes a 32-bit mainboard, silent stepper motor drivers, a much cleaner appearance and design, plus plenty of other, smaller, touches.

With Integrated structure and modular design, the power supply is concealed in the machine, it’s more convenient and safer for you to operate, it’s so kind to design, right?

The platform enables the hotbed heat up quicker and prints adhere better without the warping. So you will see the ultra smoothness even on the first layer of the model.

Therefore, when you print the model at night, please don’t worry, it will not disturb your rest.

So that not only you can have a good night, but also you can print the exquisite model.

Creality adds a rotary knob on the extruder to operate conveniently.

Because many people give feedback about the upgrade of the printer. They said that the screws or other small tools are often lost.

And the toolbox will be very helpful for people.

So if you have more good ideas about the printer, you can send the Creality email, maybe in the next new printer, you will find them.

And upgrades the user experience with the newly designed operation UI system. It’s simple and quick to operate.

Also, this color screen can remove easily to repair, which saves a lot of time and energy. 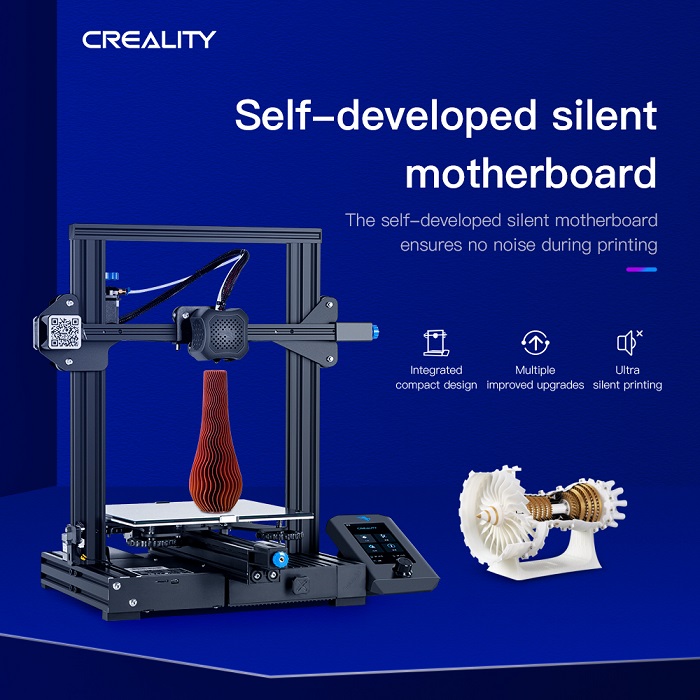 Live Chat Support
Creality Support can be reached via phone, live chat, email, Forum, or through submission of a support request through their online support page.

As one of the professional 3D Printer Manufacturers & Suppliers in China, Creality only sells 3d printer products like Ender-3, Ender-3 V2, Ender-3 Pro with high quality.

It is only delivered after highly tested and inspected by Creality IQC(Quality Control Inspector).

Creality Ender-3 V2 3D Printer has earned such a success since it’s released, as its’ high quality & acceptable price for beginners.

It is quite a product suitable for business start-ups or leading manufacturers.

We would like to establish a distributor relationship with people who would like to reseller our products or leading manufacturers overseas to offer 3d printing products & accessories at wholesale prices.

Fill the form below to grab the opportunity to Join Creality and become one of our partners.

How to level the Creality Ender-3 V2 3d printer?

Here you can refer to our leveling tutorial:

How to heat the nozzle/hotbed?

How to load filament into the Creality Ender-3 V2 3d printer?

Step 2. When waiting for the temperature to rise, please cut the front end of the consumables at a 45-degree angle and hang the filaments on the material rack.

Which filaments support to print in the Creality Ender-3 V2?

It supports printing the PLA、TPU、carbon fiber and other linear filaments.

How to move the X/Y/Z/E axis separately?

In “Preparation”, select “Axis Movement” to control each axis individually, and you can also select the distance of each movement (0.1mm/1mm/10mm)

How to replace the filament in the Creality Ender-3 V2?

Please hold the nozzle at 200 degrees Celsius at first, then pinch the extrusion clamp to push the old filaments forward and pull it out quickly, while preheating the nozzle and withdraw the filament quickly and feed the new filament. 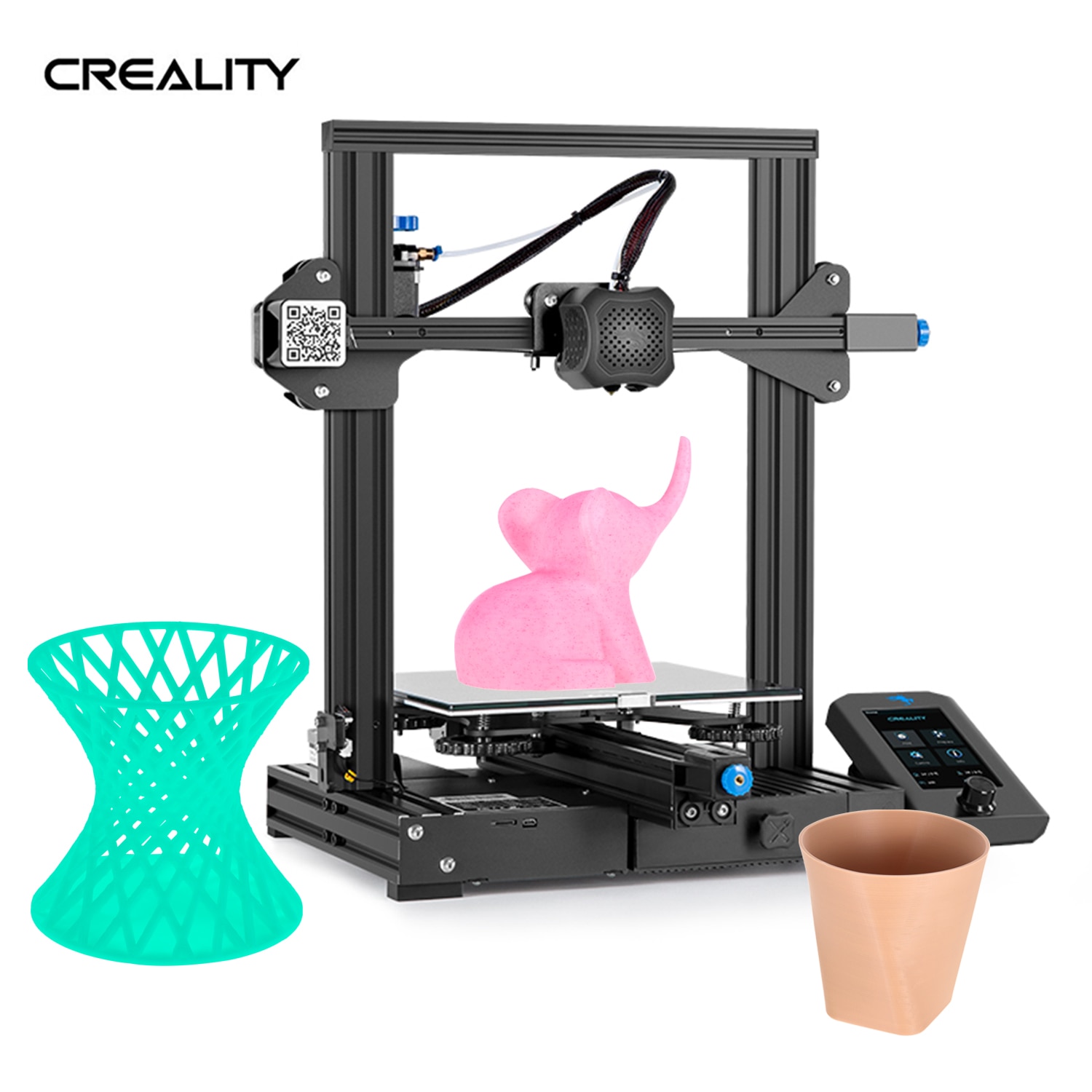